Chief Seamus O'Hara is the chief of police in the city of Mouseton.

He plays a supportive role in Mickey Mouse's comic-book mysteries, often relying on Mickey's help to catch characters such as Pete, Phantom Blot and the like. Known fellow officers include his friend, Detective Casey. O'Hara also appeared on Mickey Mouse Works and Disney's House of Mouse.

The character was conceived by Floyd Gottfredson (and Merrill De Maris) for Disney as a stereotypical Irish cop. He first appeared in the newspaper strips in May 1939, in the serial "Mickey Mouse Outwits the Phantom Blot". In the Brazilian version of the comics, he is known as "Coronel Cintra", in the Danish versions as "Politimester Striks", in the Finnish translation he is known as "Poliisimestari Sisu" (possibly named after the Finnish concept of sisu), in the French versions as "Commissaire Finot", in the German versions as "Kommissar Albert Hunter" (Kommissar means commissioner in German), in the Italian version as "Commissario Adamo Basettoni" and in the Swedish versions as "Kommissarie Karlsson".

In Italian stories O'Hara has a wife called Petulia. 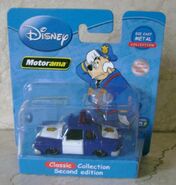 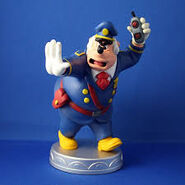 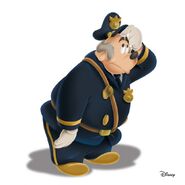 Retrieved from "https://mickey-and-friends.fandom.com/wiki/Chief_O%27Hara?oldid=34045"
Community content is available under CC-BY-SA unless otherwise noted.